I can’t believe Firefly was a week ago!  It seems like only yesterday I impulsively convinced my dear friends, Jithu and Tyler, that we should go to this festival the day they announced the line up.

On our journey from Newark to Dover the first day of Firefly we got up early, ate a waffle at America’s Best Value Inn’s continental breakfast located in room 115, and loaded up our cooler with Clif bars, crunchy peanut butter, and fruit snacks.  You guys, we’re grown ups!  We headed out at 11 AM.  The first band we were planning on seeing was JC Brooks who didn’t play until 1:45 and we were only 40 minutes away from the festival grounds.

We made good time until we were within 10 miles of the festival.  After sitting in the car for 3 hours, basically in stand still traffic, Tyler started to go a little nuts in the back seat.  The three of us decided to try to find a random stranger who was home and pay them to park our car in their driveway and walk the remaining 4 miles to the festival.

Jithu and Tyler walked down the street as I inched the car forward until they waved me into the driveway of Paul.  He had a sign that said “Toilet for rent” and a white picket fence in his yard.  This was legit, right?  We paid him $20, applied the SPF 100 sun screen that is essential for pale people like myself, and made sure to get Paul’s address so we could find our car later that evening  Then we began our  journey on foot. 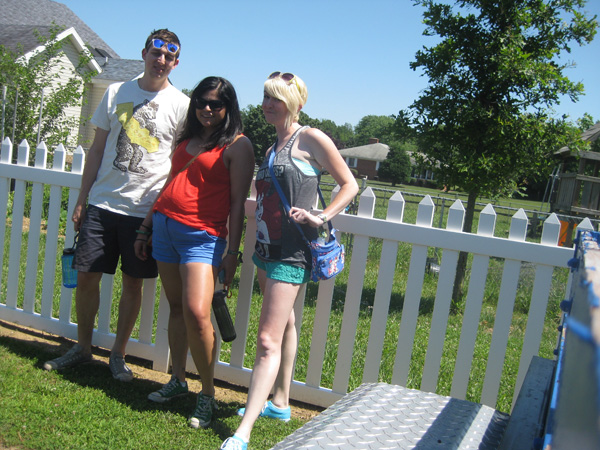 This was probably the single best decision we made all weekend.  We were able to stop at a gas station to use their restrooms, fill up our water bottles with ice, and grab a Fierce Strawberry Gatorade.  ELECTROLYTES!!!  The people sitting in their cars were still in pretty good spirits.  We saw a person in a unicorn mask and a car with a JMU sticker and we did the J-M-U duuuuuukes motion in-synch and it was pretty magical. 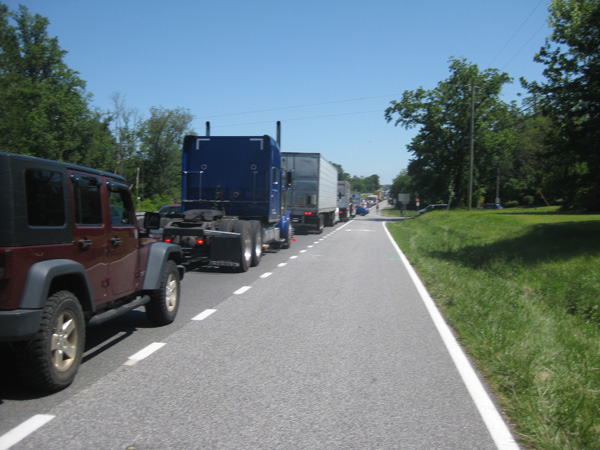 First, we were able to see Ellie Goulding! Her set started off kind of mellow.  I’m pretty sure she was sick.  You could see her struggle in pain a bit.  Luckily for Ellie she’s a total babe and people barely noticed as she aggressively messed with her hair every few minutes.  She performed a cover of Elton John’s “Your Song” and her set picked up from there.  I loved seeing “Anything Could Happen“, which is my self proclaimed 2013 anthem.  It was rad to sing along with Ellie and the crowd to a song I’ve already belted out numerous times alone in my car. 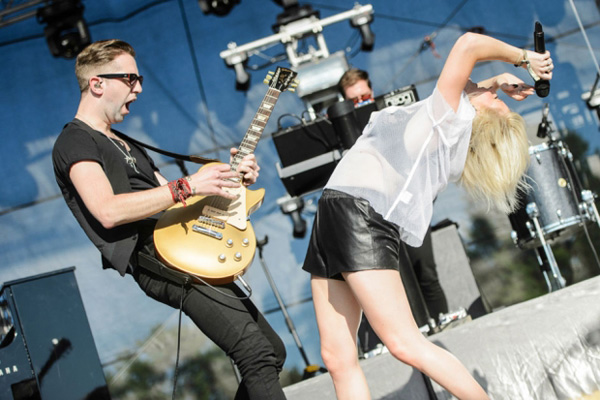 Next, we wandered over to the Firefly main stage for the Avett Brothers.  I was seriously blown away by their energy!  I have never seen them perform before and had no idea what to expect.  You could totally tell they loved what they were doing.  There was so much passion in everything they did from crowd surfing while playing a guitar solo during “Kick Drum Heart” or getting the crowd to clap along.  The mellow songs like “I and Love and You” were equally filled with intensity.  Every friend from Virginia that has ever moved to NYC has posted the lyrics “Brooklyn, Brooklyn take me in are you aware the shape I’m in?”  on their facebook or twitter.  It’s pretty amazing to see how people relate to songs like that in a crowd full of thousands too. 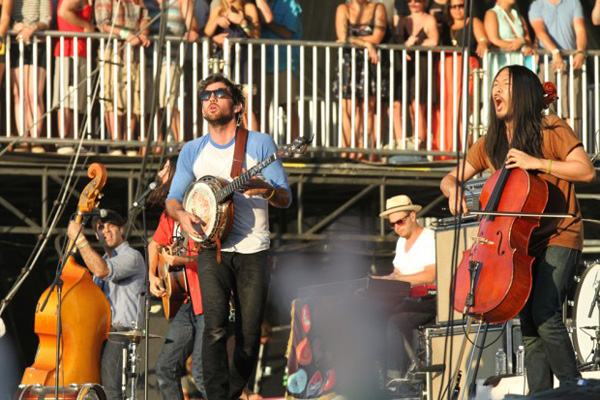 We opted to check out Grizzly Bear on one of the back stages instead of Calvin Harris and I’m really glad we did.  I’ve never regularly listened to Grizzly Bear, but they are definitely a band you can appreciate live with out knowing much about them.  I was actually shocked at how bro-y the crowd at Grizzly Bear was!  Who knew?!  Their lighting was a lovely companion to their set as well.  We thought the jars full of lights that looked like fireflies were just a part of that stage, but they were actually the bands.  It was definitely a good decision choosing them over Calvin Harris. 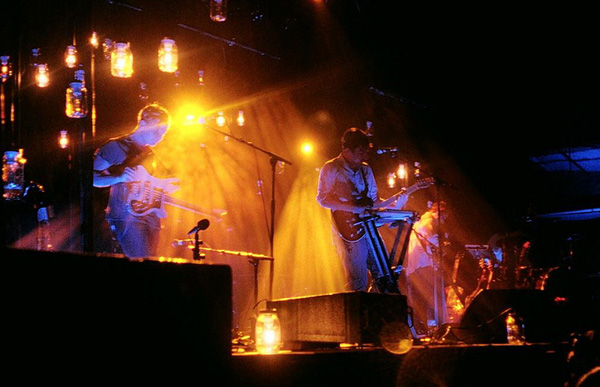 We had zero desire to see the Red Hot Chili Peppers who were headlining that night.  Plus, we had to get back to our car parked at Paul’s house.  We attempted to get security at Dover Downs, the casino on the festival grounds, to call a cab for us; however, no cabs were answering.  They told us the casino shuttle could take us to a hotel that was close to the house we were staying in.  The house was’t that close to any hotels, but we hunted down a shuttle driver in front of the casino.  Jithu sweet talked/guilt tripped  the shuttle driver into taking us all the way to the house.   She has magic powers I tell you.

We stopped at Sonic on our way back to the hotel to enjoy some limeades and tots. Our first day was a total success despite the three hours of traffic and our four mile walk.