Over the years there have been many significant shirts in my life.  Some of these shirts go back to high school, so please buckle up for this nostalgic journey down memory lane.  It might be worth your while, but probably only if you’re super bored or if you, too, have worn one of these shirts in your life.

The first shirt, or shirts, are my SV Pom Pon t-shirts & hoodies.  I remember practicing for try outs before my freshman year of high school.  The two main reasons I wanted to make the squad my freshman year was because one of my friends was going to be a senior so this was the only chance of being in the marching band together, and the other reason was that I wanted the shirts with my name on the back.  I didn’t care about the sequined uniform and white boots.  I wanted the t-shirt with my name on the back. 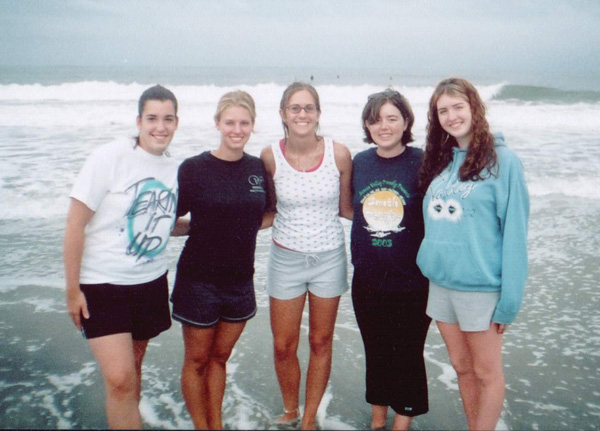 The Frog shirt is a JMU icon.  For those of you who aren’t lucky enough to have gone to JMU, a Frog is a First Year Orientation Guide.  Those yellow shirts are remembered each year by incoming students for the way they swoop in and help carry in all the mini fridges and the Frog dance. 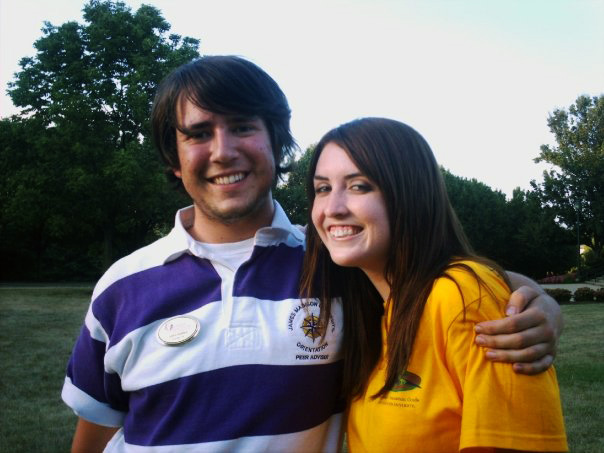 The next shirt is the older sibling to the Frog shirt, the Orientation Peer Adviser polo.  Please see the above photo of the striped polo.  That was the polo used for years previous to the year I was an OPA.  They switched to a new polo and there had to be a team meeting about it.  People were not pleased with this change and there might have been tears involved, I can’t remember.  We eventually got over the switch and learned to love our new polos. 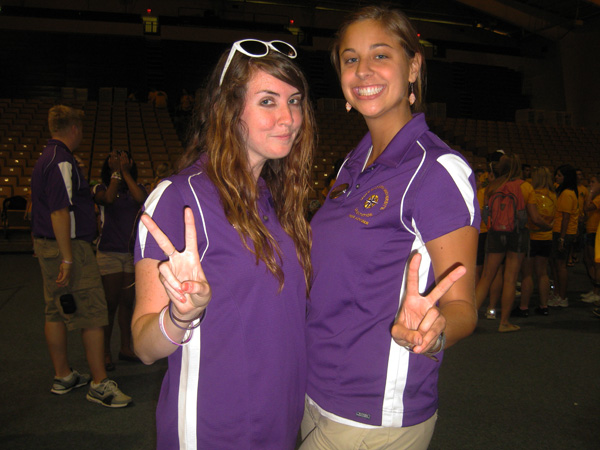 My Rocktown Rollers jersey is what inspired this little trip down memory lane and all the significant shirts that have come before it.  Again with the name on the back like the SV Pom Pon t-shirt. I had to wait almost a year and a half after joining the Rocktown Rollers to put that jersey on and officially go by Clarissa Pains It All. 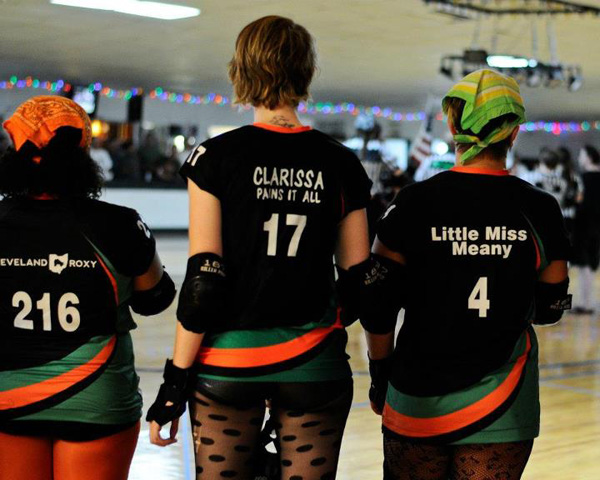 When I got to wear my jersey and play in my first bout with the team in May I felt like the shirt is what made me an official part of the team.  Then I thought back to a conversation I had with my OPA, the dude in the striped polo photo.

Me: I feel like I have this power to be a super hero when I put this shirt on.
OPA: You don’t need to be wearing the shirt to have those powers.  You already had them before you put the shirt on.

All those years I thought I was working towards getting the shirt so I could have the power behind it. In reality the shirt doesn’t hold the power, I already do.